Unless you live on Nova Scotia’s Eastern Shore, it may surprise you to learn that gold is still being mined in the province.

The Touquoy mine, near Moose River, is an enormous open-pit gold mine operated by Atlantic Gold (don’t let the name fool you—the company is Australian). For years, concerned citizens on the Eastern Shore have been trying to fight off Atlantic Gold’s proposed Beaver Dam, Fifteen Mile Stream, and Cochrane Hill gold mines. Atlantic Gold is also angling to prolong the life of the Touquoy site, even though the company never fulfilled its promise to buy land for conservation purposes and give it to the province. Now another mining company, Signal (formerly known as Anaconda), is also looking to cash in on Nova Scotia’s lax policies and low royalties with a gold mine of its own in Goldsboro.

For every ounce of gold that Atlantic Gold produces in Nova Scotia, it extracts 70 tonnes of ore and rock waste and produces vast amounts of toxic tailings. Gold mining is also energy-intensive and results in staggering greenhouse gas emissions. In fact, carbon emissions from Atlantic Gold’s 2020 gold production at the Touquoy mine were equivalent to taking 106,663 return flights between New York and Paris.

Gold is recyclable and it’s not on Canada’s list of critical minerals, meaning we don’t need to be mining it at all. Most of the gold being mined today is used for jewelry production. So why should we approve projects like Fifteen Mile Stream, which would disrupt the drinking water in the local communities for more than 100 years?

Gold mining isn’t a boon to Nova Scotia’s economy, either. As the Narwhal reported, “Companies pay Canada a tiny fraction of what they pay other countries to extract gold.” In exchange for using the province as what Atlantic Gold affectionately calls its “string of pearls,” the company will employ a few hundred local people. Yet it paid no corporate taxes to the provincial or federal governments in 2017, 2018, 2019, or 2020. Thanks to a fuel-tax rebate program for the province’s mining industry, Atlantic Gold pays no taxes on its fuel purchases, either.

Most importantly, it’s ultimately the citizens (taxpayers) who are stuck cleaning up the mess.

The province has committed to cleaning up contaminated mine sites on Crown land, beginning with Montague Gold Mines near Dartmouth, N.S., and Goldenville, near Sherbrooke. The cost of remediating those two sites alone is estimated to be at least $60 million, but that figure is expected to rise.

In February 2022, a Nova Scotia court fined Atlantic Gold $250,000 for contravening federal and provincial environmental regulations. The federal prosecutor in the case pointed to the company’s “reckless disregard” for the regulations. In the provincial court, Justice Murphy stated in her ruling that the company’s violations were more likely intentional than accidental—after all, the company had already received a written warning from a compliance officer.

We can no longer afford business as usual, in which any potential benefits are negligible and short-lived, but the adverse environmental and community impacts are significant and long-lasting. It’s never a question of if a new or expanded gold mine will contaminate the environment, but when, and for how long.

It’s time for the province to ban gold mining altogether and get a move on creating jobs that support clean renewable energy, environmental stewardship, and climate adaptation and resilience. Workers shouldn’t have to choose between doing a job that destroys the local environment and putting food on the table.

The answer lies not in Nova Scotia but abroad. Since Russia’s invasion of Ukraine, coal prices have soared. Now the mine’s owner, Kameron Collieries ULC, is looking to cash in on this latest fossil fuel bonanza.

Cape Breton coal mine planning to reopen despite climate crisis

Atlantic Activist This morning, the Beyond Coal Atlantic team issued a press release calling for the complete shutdown of the Donkin coal mine in Cape

Media Release – Donkin coal mine needs to be shutdown for good

For immediate release: Recent reports that the idled Donkin coal mine in Cape Breton may soon reopen is cause for alarm.  The Intergovernmental Panel on 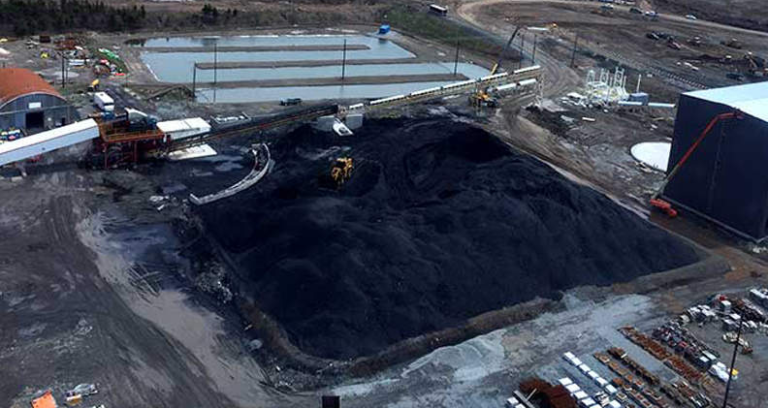 Did you know? Donkin mine factsheet

Sierra Club Canada, Beyond Coal Atlantic Coal and Greenhouse Gas Emissions The coal at the Donkin mine is primarily subsea metallurgical coal, used in steelmaking;